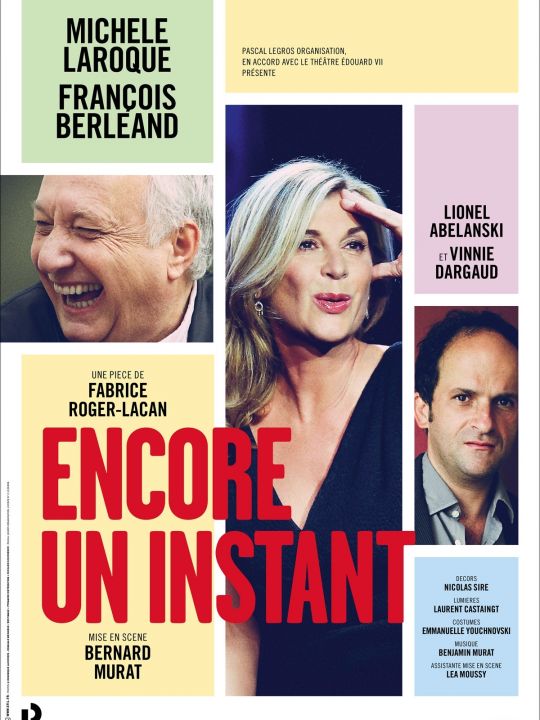 In love, there are miracles that we can't be explained. Even after thirty years of marriage, Suzanne and Julien are still madly in love with each other. An accomplice and happy couple, because Suzanne is an actress loved by the public., in the theater and in the cinema. An adoration that sometimes goes to the fetishism of his young tenant Simon. For his return to the stage after ten months of absence, she hesitates to play in Max's new play, specially written for her. But what Suzanne wants is to be alone, for a moment, with Julien. Julien whom she loves so much and who loves him, Julien who laughs.

Bernard Murat stages these four exceptional actors in the service of a remarkable piece. Fabrice Roger-Lacan reveals his latest comedy, where you will be complicit and often surprised, the unlikely situations where he immerses his characters.