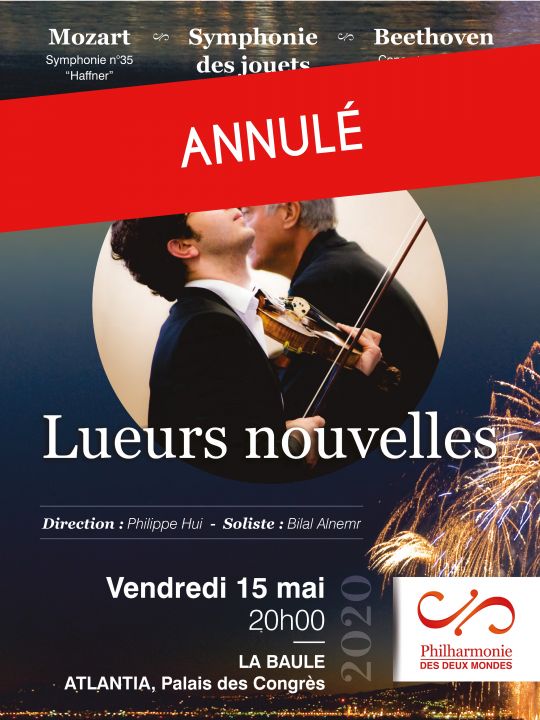 The Philharmonic of the two worlds

Commissioned to Mozart in 1782, to celebrate the ennoblement of a friend from Salzburg, Siegmund Haffner, Symphony No. 35 "Haffner" is a work of great excitement.

Mozart was surpised at his writing, recommending that he play the first movement "with a lot of fire" and the final presto "as fast as possible".

The violin concerto, composed by Beethoven in November and December 1806 in a very creative periode, is one of the biggest concertos for this instrument. To interpret this work, "The Philharmony of the two worlds" is happy to meet Syrian violinsit Bilal Alnemr.

Arrived in France in 2010 at the age of 13 and welcomed as a family for six years, Bilal has received support from patrons to continue his studies. After a stint at the Paris National Conservatory of Music and Dance, he is now member of the Barenboim Academy in Berlin.