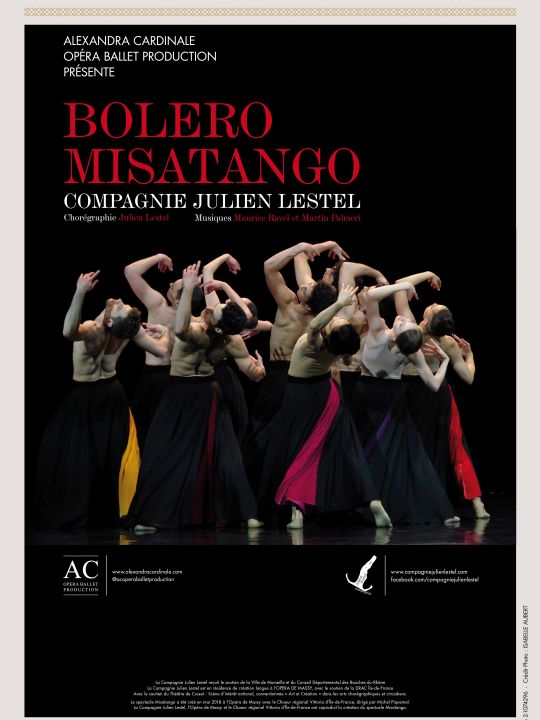 Signed by choreographer Julien Lestel, four exceptional and unpublished pieces will be presented on the stage of Atlantia.

Created in 1996 by the Argentine composer and conductor Martín Palmeri, the famous “Misatango” or “Misa in Buenos Aires” transcends the spiritual repertoire by fusing it with secular Latin American musical traditions, in particular tango, linked to sacred music for over a century. This world-famous liturgical Mass thrilled the audience at Carnegie Hall in April 2016 as well as Pope Francis, in whose honor it was performed in 2013 at the Vatican.

Now accompanied by the Boléro, Fragment and She is Back, the Misatango inspired choreographer Julien Lestel to create a sensual and spiritual ballet in which the dancers of the Julien Lestel Company are in tune with the music.